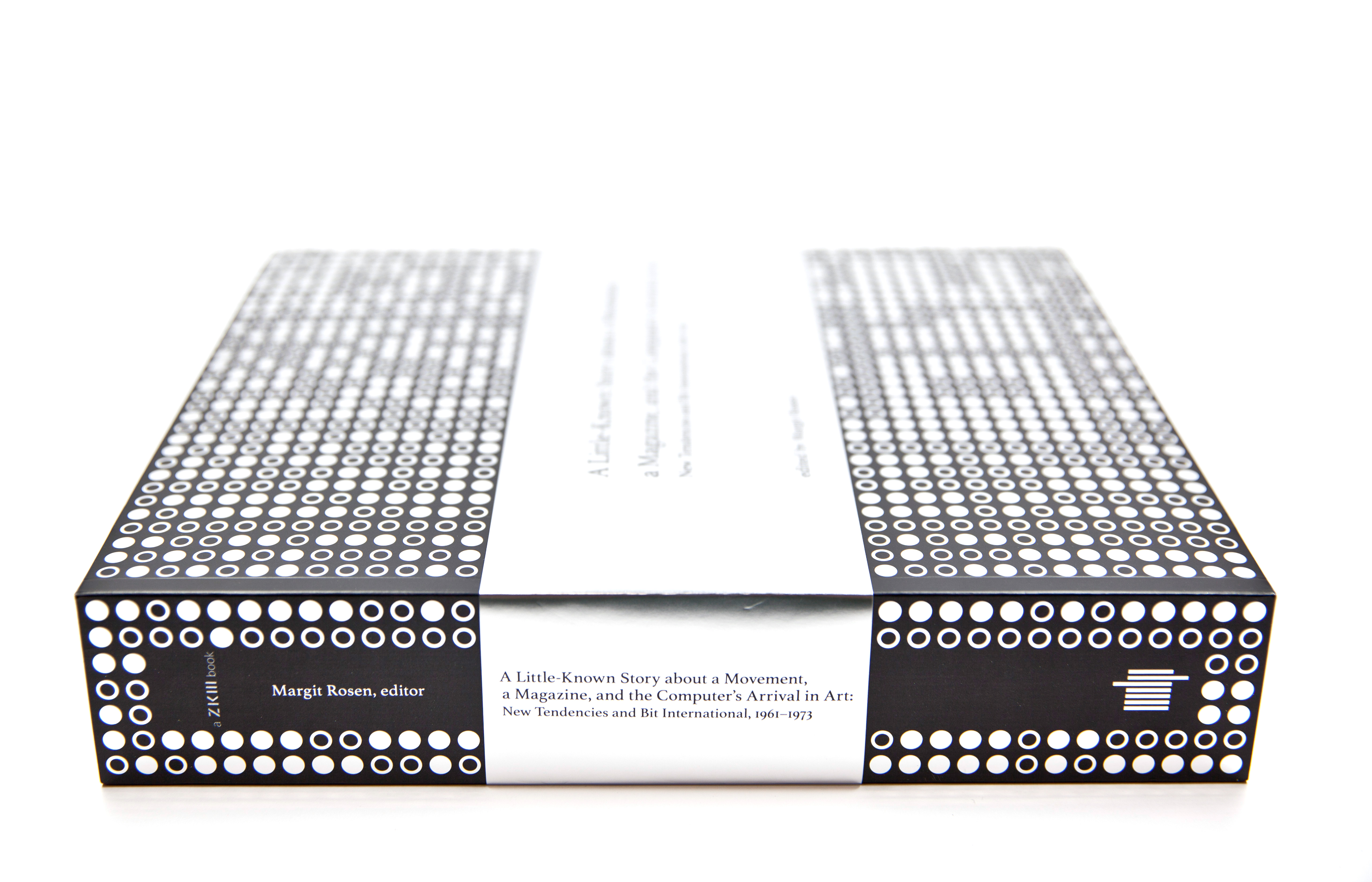 A Little-Known Story About a Movement, a Magazine, and the Computer's Arrival in Art
This book documents a short but intense artistic experiment which took place in Yugoslavia fifty years ago, but whose impact has been felt far beyond that time and place. Ostensibly, the «little-known story» concerns the advent of computers in art and a movement which began in 1961 in Zagreb, Yugoslavia. It was through the activities of that movement, known as New Tendencies and its supporting institution the Galerija suvremene umjetnosti, that the thinking machine was adopted as an artistic tool and medium. Pursuing the idea of «art as visual research,» the New Tendencies movement proceeded along a path which led from Concrete and Constructivist art, Op art, and Kinetic art with its dynamic apparatuses to computer-generated graphics, film, and sculpture - from «programmed art» without computers to art generated or controlled by computers. With their exhibitions and conferences on the theme of computers and visual research and the launch of the multilingual, groundbreaking magazine bit international in 1968, the New Tendencies transformed Zagreb, already one of the most vibrant artistic centers in Yugoslavia, into an international meeting place where artists, engineers, and scientists from both sides of the Iron Curtain gathered around the then-new technology. For a brief moment in time, Zagreb was the epicenter for exploring the aesthetic, scientific, and political potential of the computer. This volume, edited by Margit Rosen, includes new essays by Jerko Denegri, Darko Fritz, Margit Rosen, and Peter Weibel; a great number of essays and texts that were first published in New Tendencies exhibition catalogs and bit international magazine; and historic documents. Over 650 black-and-white and color illustrations testify to the wide and diverse panorama of artworks that were presented in the exhibitions, and introduce the movements protagonists. Many of the historic photographs, translations, and documents are presented here for the first time. The book presents the long overdue history of the New Tendencies experiment and its impact on the art of the twentieth century. 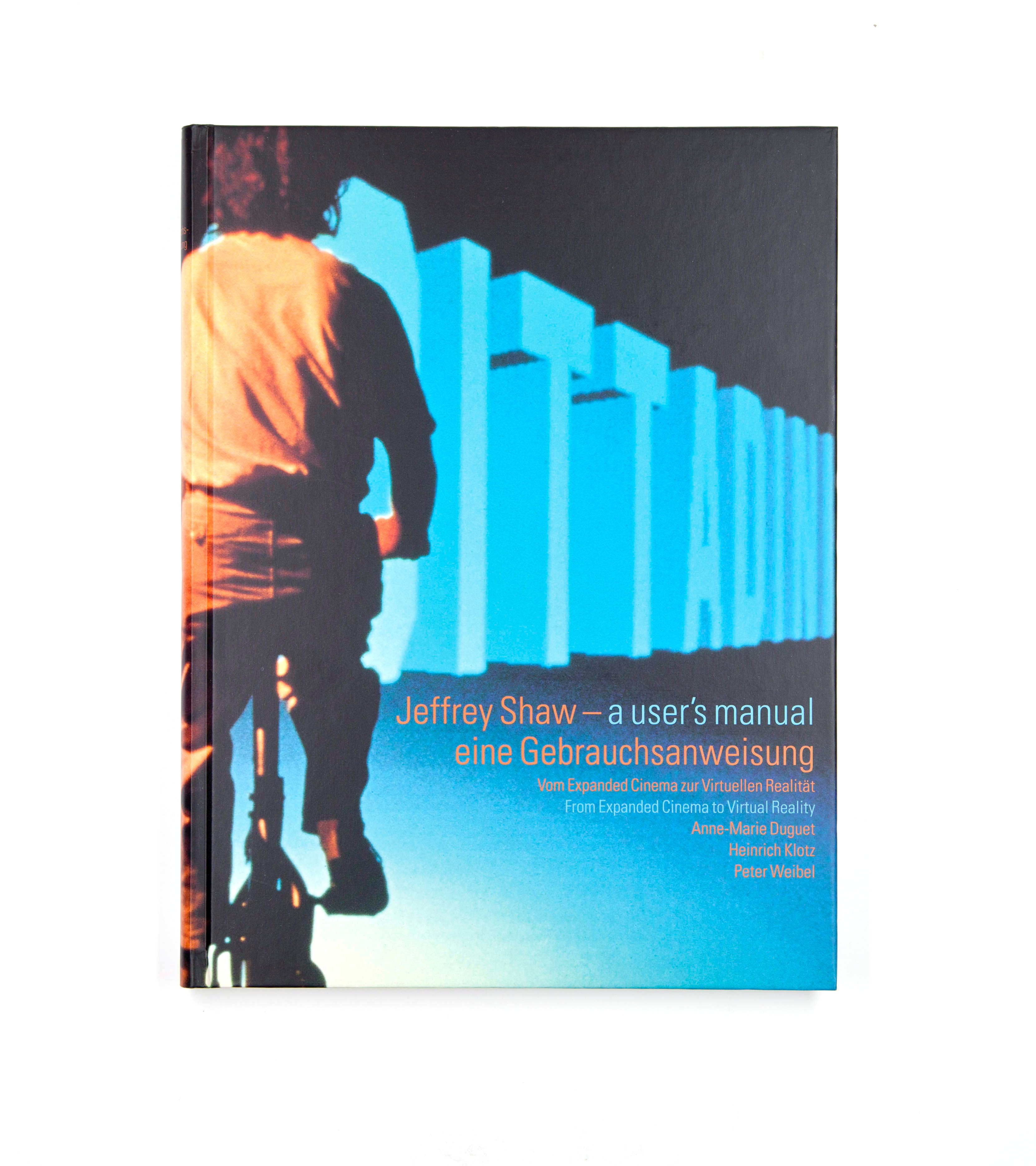 Mediascape
»Mediascape«, the exhibition that marks the reopening of the Guggenheim Museum SoHo, offers cause for celebration on many fronts. It announces the Guggenheim's commitment to exploring the relationship between technology and culture; it initiates a long-term collaboration between the Guggenheim Museum and ZKM/Center for Art and Media in Karlsruhe, Germany; and, finally, the exhibition establishes collaborations with corporate partners who are providing both financial assistance and significant, long-term access to technology and expertise, which will enable the museum to realize complex and unusually demanding exhibitions of multimedia art.This is an interesting moment in history, one that resembles the Italian Renaissance in its commingling of science, art, and the humanities. In contemporary society, the traditional notions of time and space have been transformed by advances in technology, telecommunications, and information transfer. Virtual communities have emerged, collapsing long-standing geographical boundaries and localized codes of cultural identity. The mass manufacturing and distribution of video and computer equipment has generated entirely new forms of cultural production. In unprecedented numbers, and with a sophistication born of easy access to complex technologies, artists are using these devices as aesthetic tools to develop a new syntax and structure for art making. »Mediascape«, which is drawn largely from the collections of ZKM and the Guggenheim, offers what its title suggests: a view of what new media have to offer, from sculptural formats and immersive environments to more recent interactive digital projects. 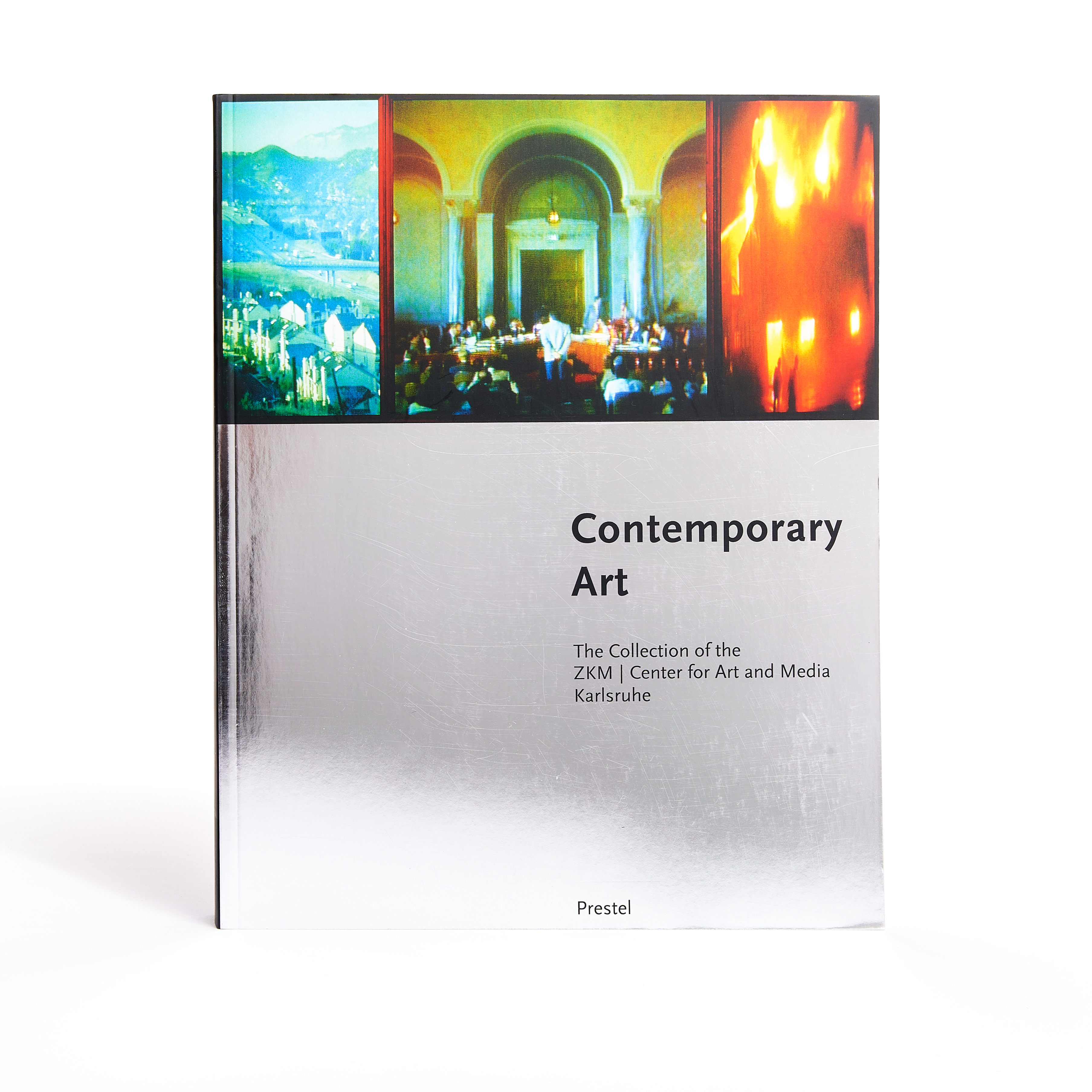 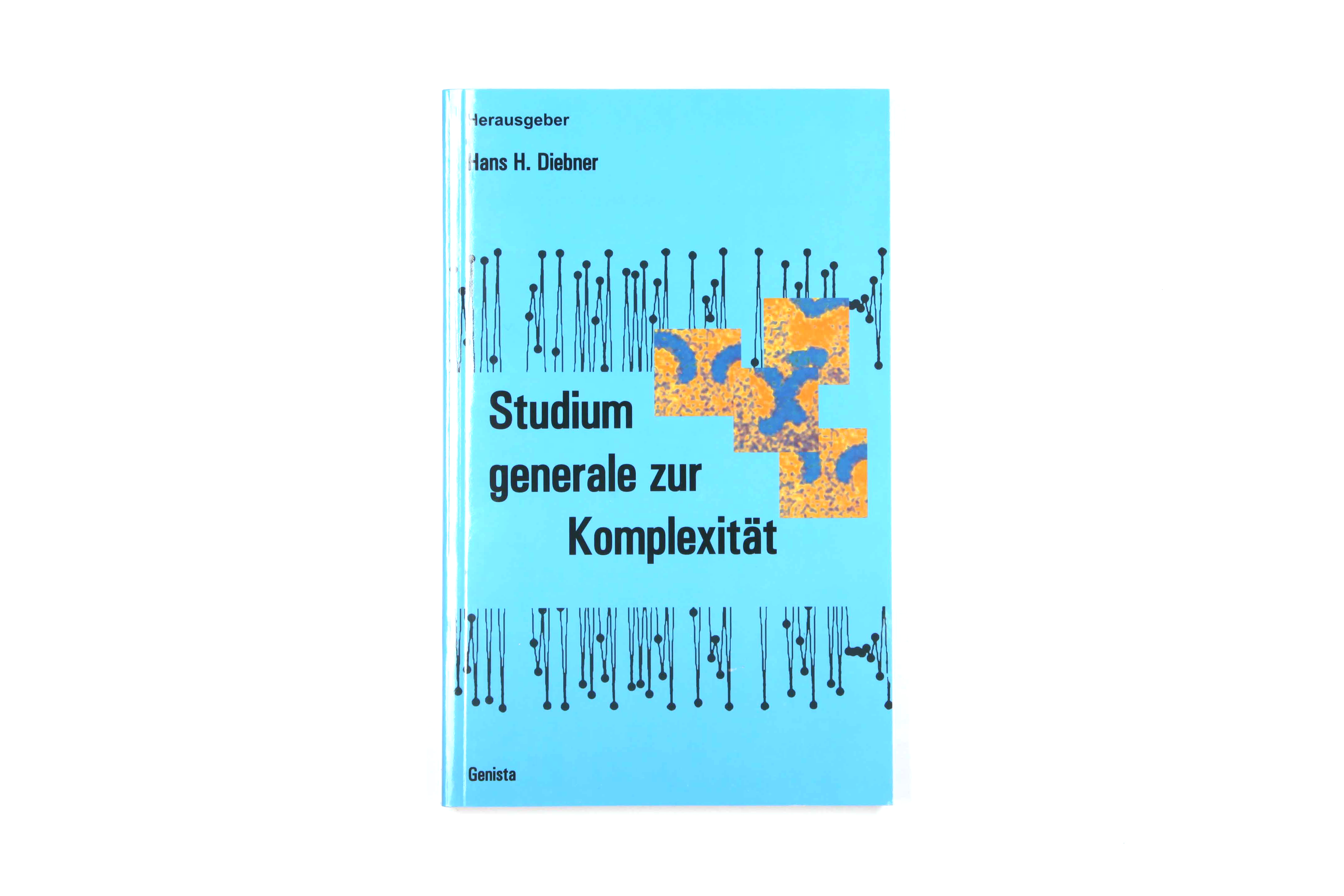 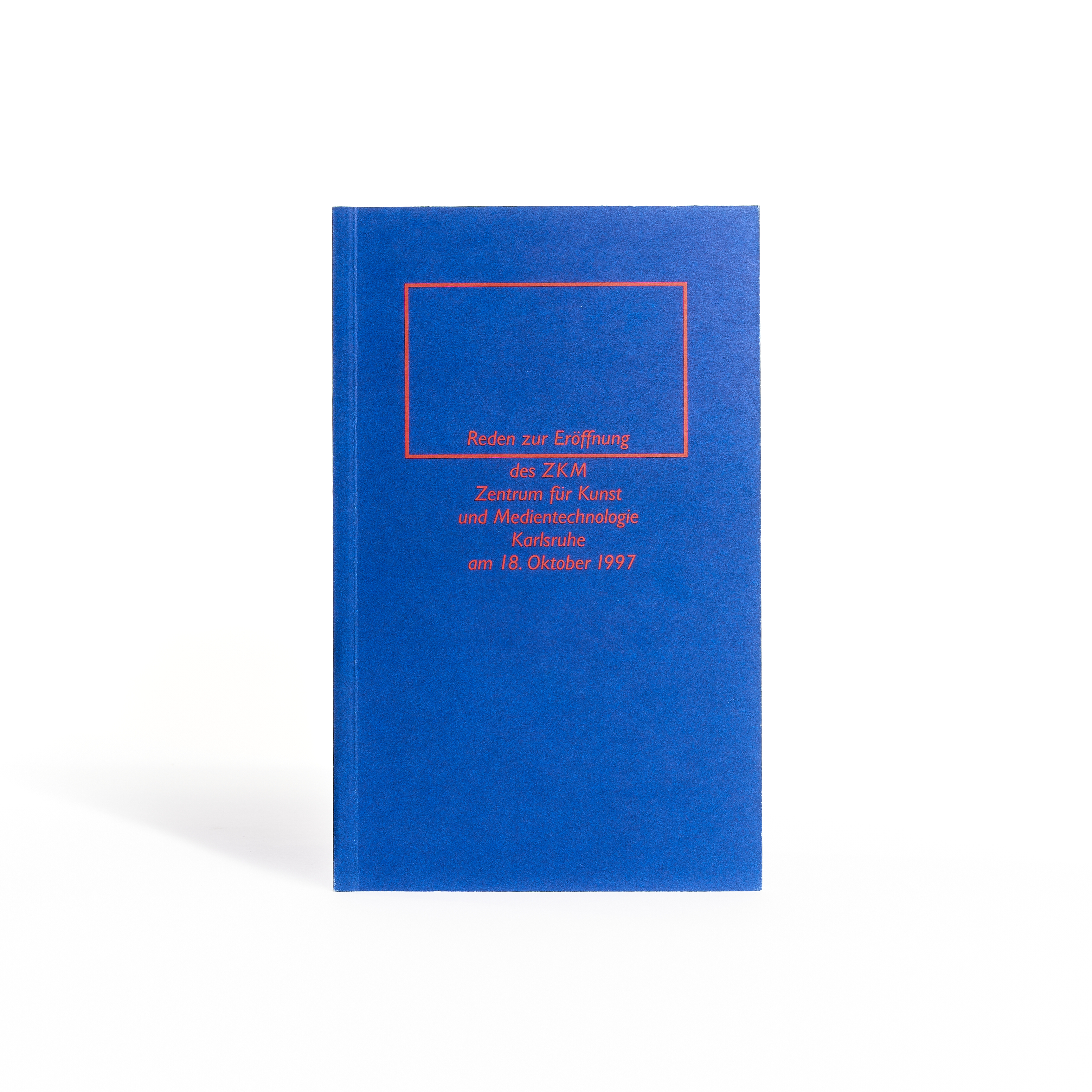 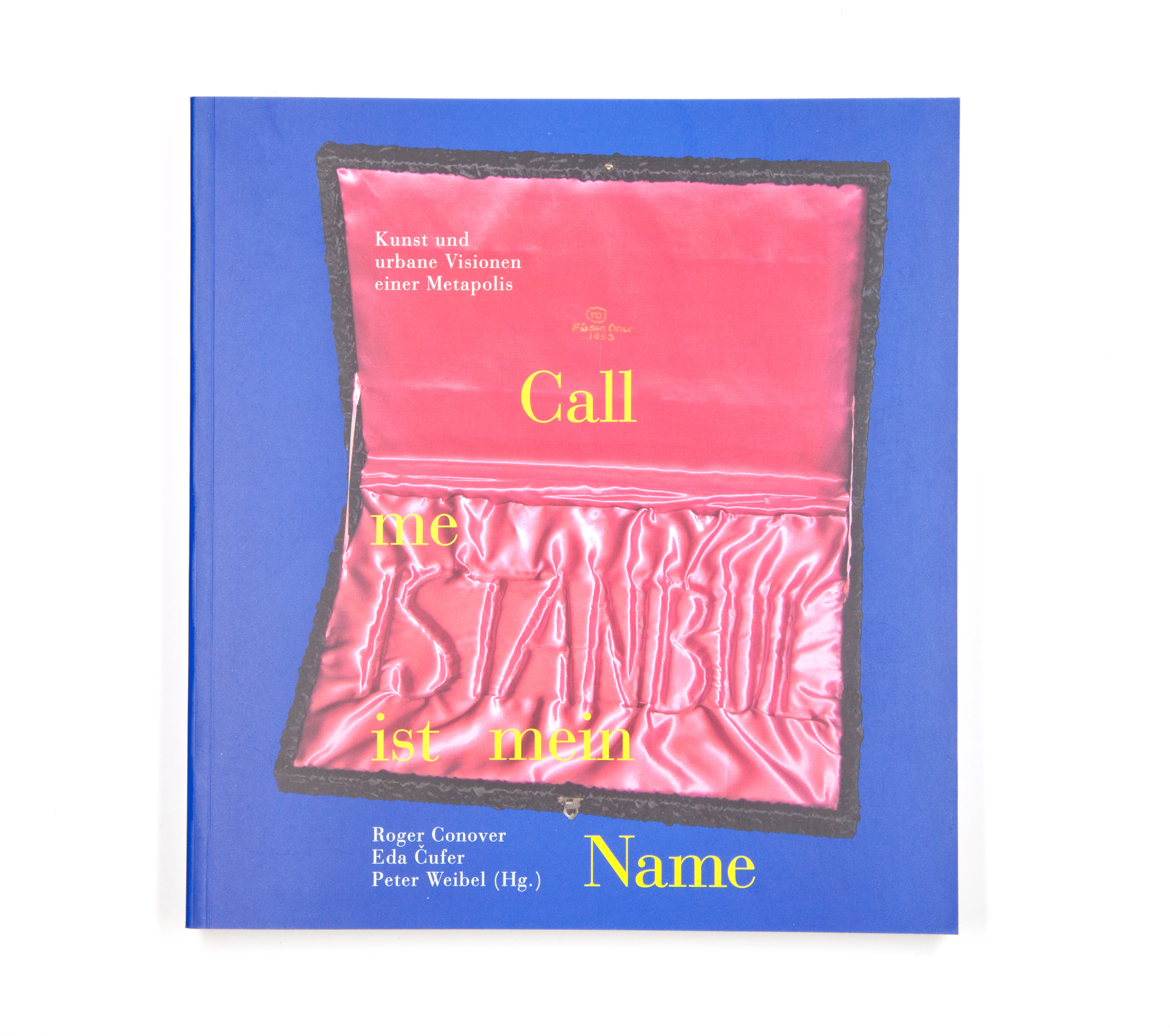 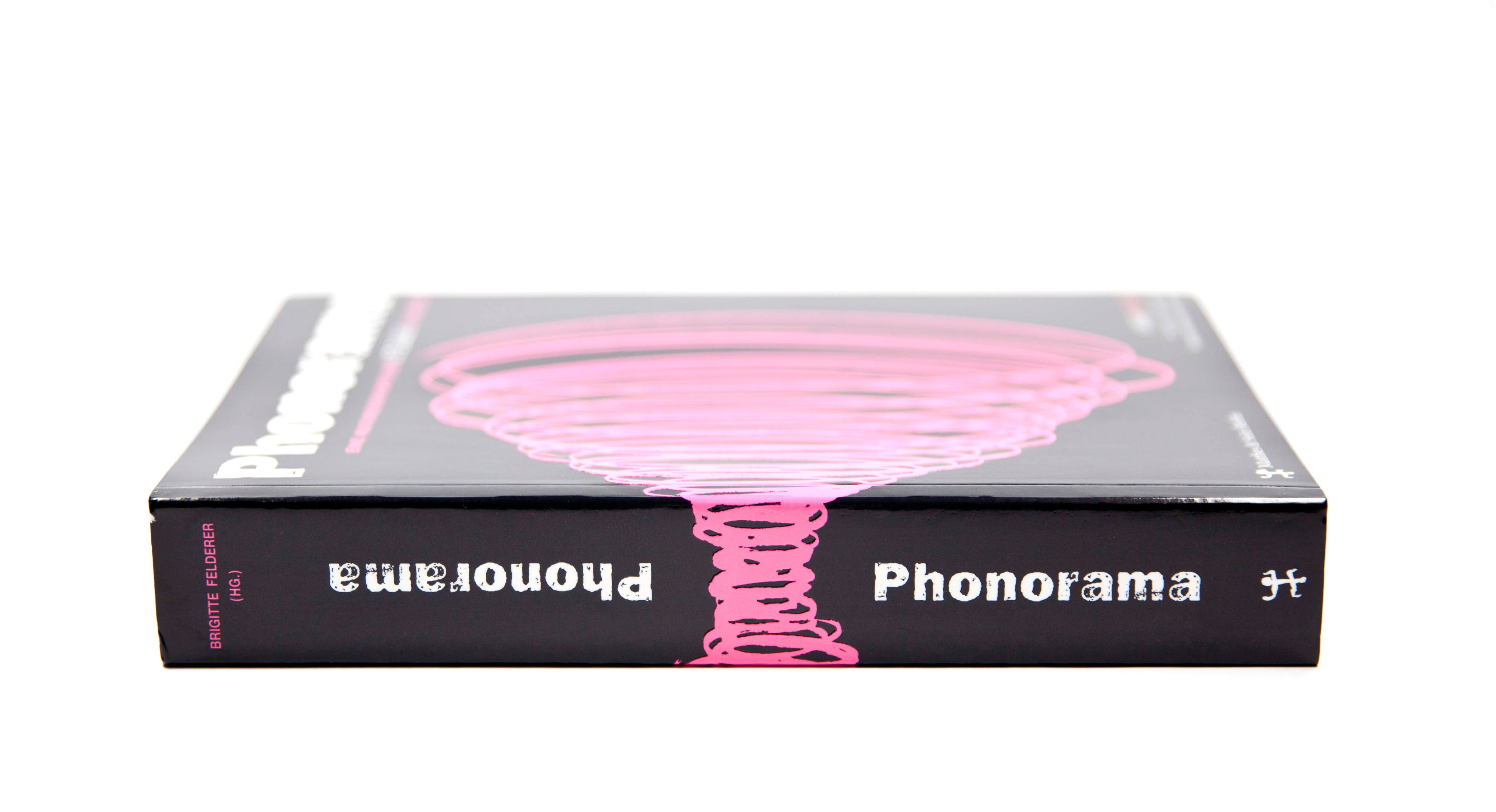 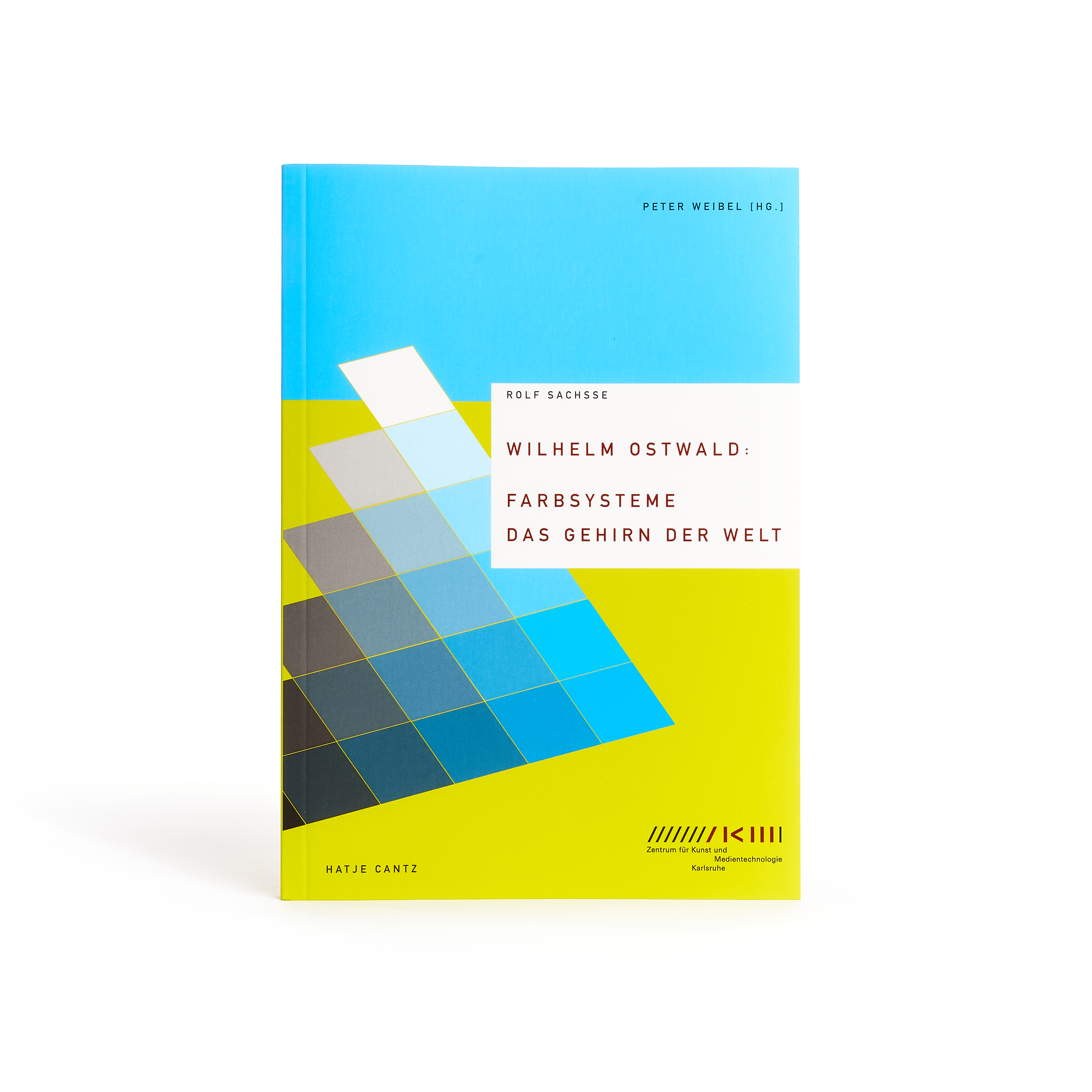 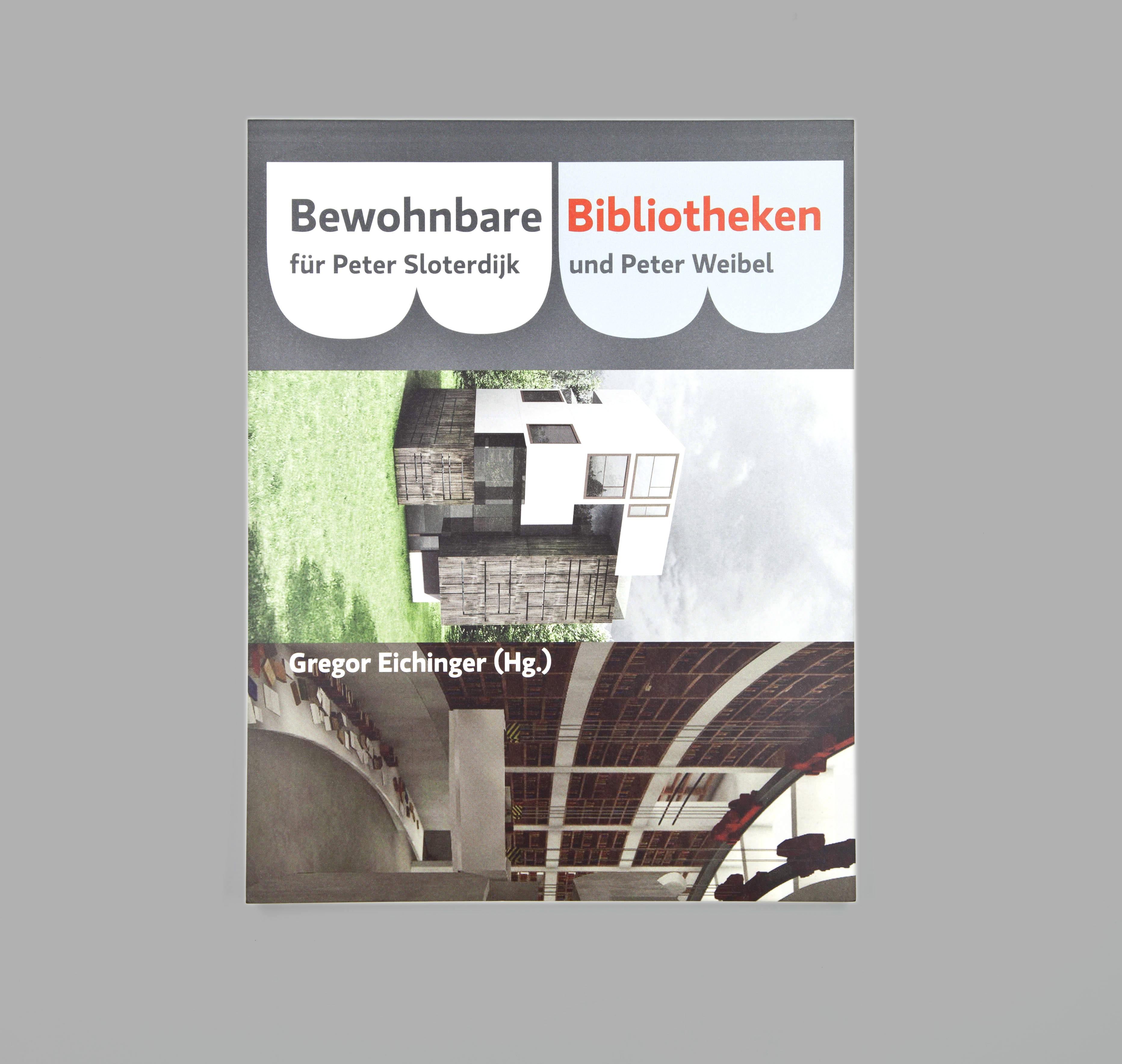 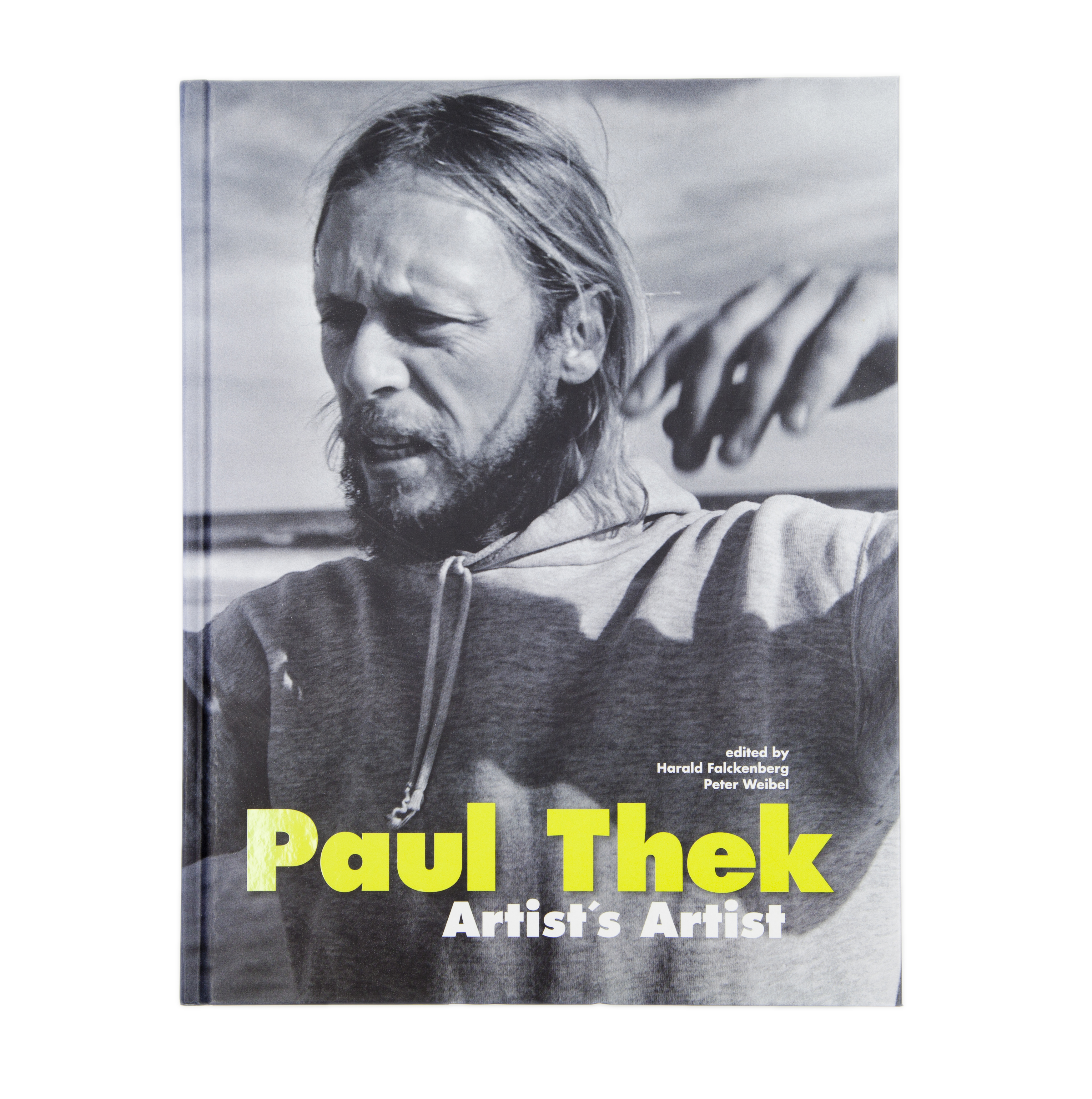 Molecular Aesthetics
Thanks to recent advances in molecular science and nanotechnology, we are now able to transcend the limits of natural perception and see layers of matter previously invisible to the naked eye. This book documents both the aesthetic and cognitive developments in what Félix Guattari once coined the »Molecular Revolution« (1977). Yet for the first time in this volume, artists and scientists jointly explore previously unseen and unknown empirical and theoretical objects. The book suggests ways in which art and science can draw inspiration from one another. Sound Art
This milestone volume maps fifty years of artistsengagement with sound. Since the beginning of the new millennium, numerous historical and critical works have established sound art as an artistic genre in its own right, with an accepted genealogy that begins with Futurism, Dada, and Fluxus, as well as disciplinary classifications that effectively restrict artistic practice to particular tools and venues.This book, companion volume to a massive 2012-2013 exhibition at ZKM Karlsruhe, goes beyond these established disciplinary divides to chart the evolution and the full potential of sound as a medium of art. The book begins with an extensive overview by editor Peter Weibel that considers the history of sound as media art, examining work by visual artists, composers, musicians, and architects alike. Subsequent essays examine sound experiments in antiquity, sonification of art and science, and internet-based sound art. Experts then survey the global field of sound art research and practice, in essays that describe the past, present, and future of sound art in Germany, Japan, China, the United States, the United Kingdom, Russia, Canada, Turkey, Australia, and Scandinavia. The texts are accompanied by an extensive photographic documentation of the ZKM exhibition. 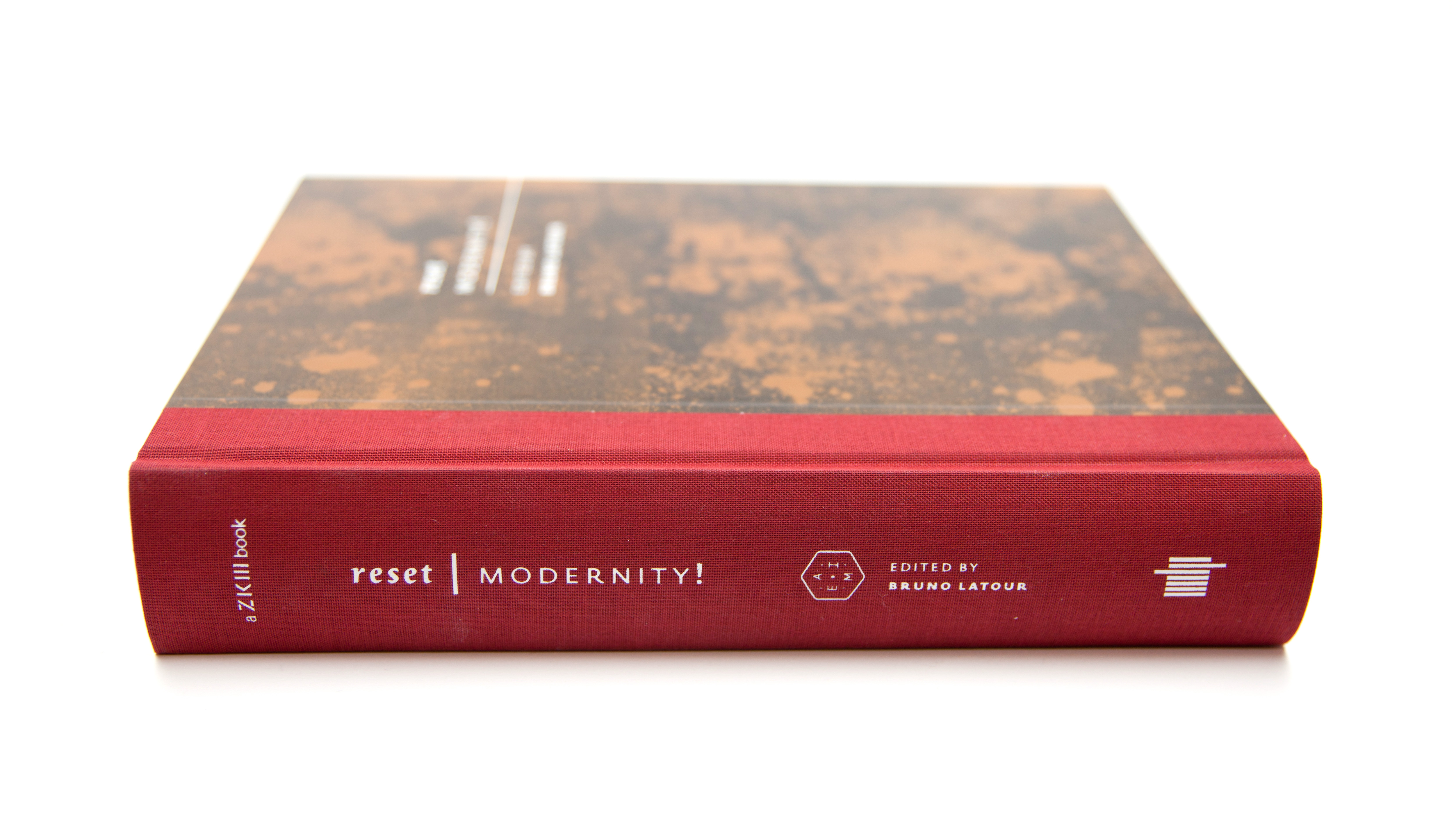 Reset Modernity!
Modernity has had so many meanings and combines so many contradictory sets of attitudes and values that it has become impossible to use it to define the future. It crashes like an overloaded computer. Hence the idea is that modernity might need a sort of reset. Not a clean break, not a "tabula rasa," not another iconoclastic gesture, but rather a restart of the complicated programs that have accumulated in what is often called the "modernist project." This reset has become all the more urgent now that the ecological mutation is forcing us to reorient ourselves toward an experience of the material world for which we dont seem to have good recording devices.This book is first organized around six procedures that might induce readers to reset some of those instruments. Then, once this reset has been completed, readers might be better prepared for a series of new encounters with other cultures. After having been thrown into the modernist maelstrom, those cultures have difficulties as grave as ours in situating themselves within the notion of modernity. It is not impossible that the course of these encounters might be altered after modernizers have reset their own way of recording their experience of the world.At the intersection of art, philosophy, and anthropology, Reset Modernity! has assembled approximately sixty authors, most of whom have participated in the Inquiry into Modes of Existence initiated by Bruno Latour. Much like the earlier books Iconoclash and Making Things Public, this volume documents and completes what could be called a "thought exhibition": Reset Modernity! held at ZKM | Center for Art and Media Karlsruhe from April to August 2016. The book, generously illustrated, includes contributions, excerpts, and works from many authors and artists.AutorenJamie Allen, Terence Blake, Johannes Bruder, Dipesh Chakrabarty, Philip Conway, Michael Cuntz, Eduardo Viveiros de Castro, Robin de Mourat, Didier Debaise, Gerard de Vries, Philippe Descola, Vinciane Despret, Jean-Michel Frodon, Martin Giraudeau, Sylvain Gouraud, Lesley Green, Martin Guinard, Clive Hamilton, Graham Harman, Antoine Hennion, Andrés Jaque, Pablo Jensen, Bruno Karsenti, Sara Keel, Oleg Kharkhordin, Joseph Leo Koerner, Eduardo Kohn, Bruno Latour, Christophe Leclercq, Vincent Lépinay, James Lovelock, Patrice Maniglier, Claudia Mareis, Claude Marzotto, Kyle McGee, Lorenza Mondada, Pierre Montebello, Stephen Muecke, Cyril Neyrat, Cormac OKeeffe, Hans Ulrich Obrist, P3G, John Palmesino, Nicolas Prignot, Donato Ricci, Ann-Sofi Rönnskog, Maia Sambonet, Henning Schmidgen, Isabelle Stengers, Hanna Svensson, Thomas Thwaites, Nynke van Schepen, Consuelo Vásquez, Peter Weibel, Richard White, Aline Wiame und Jan Zalasiewicz. 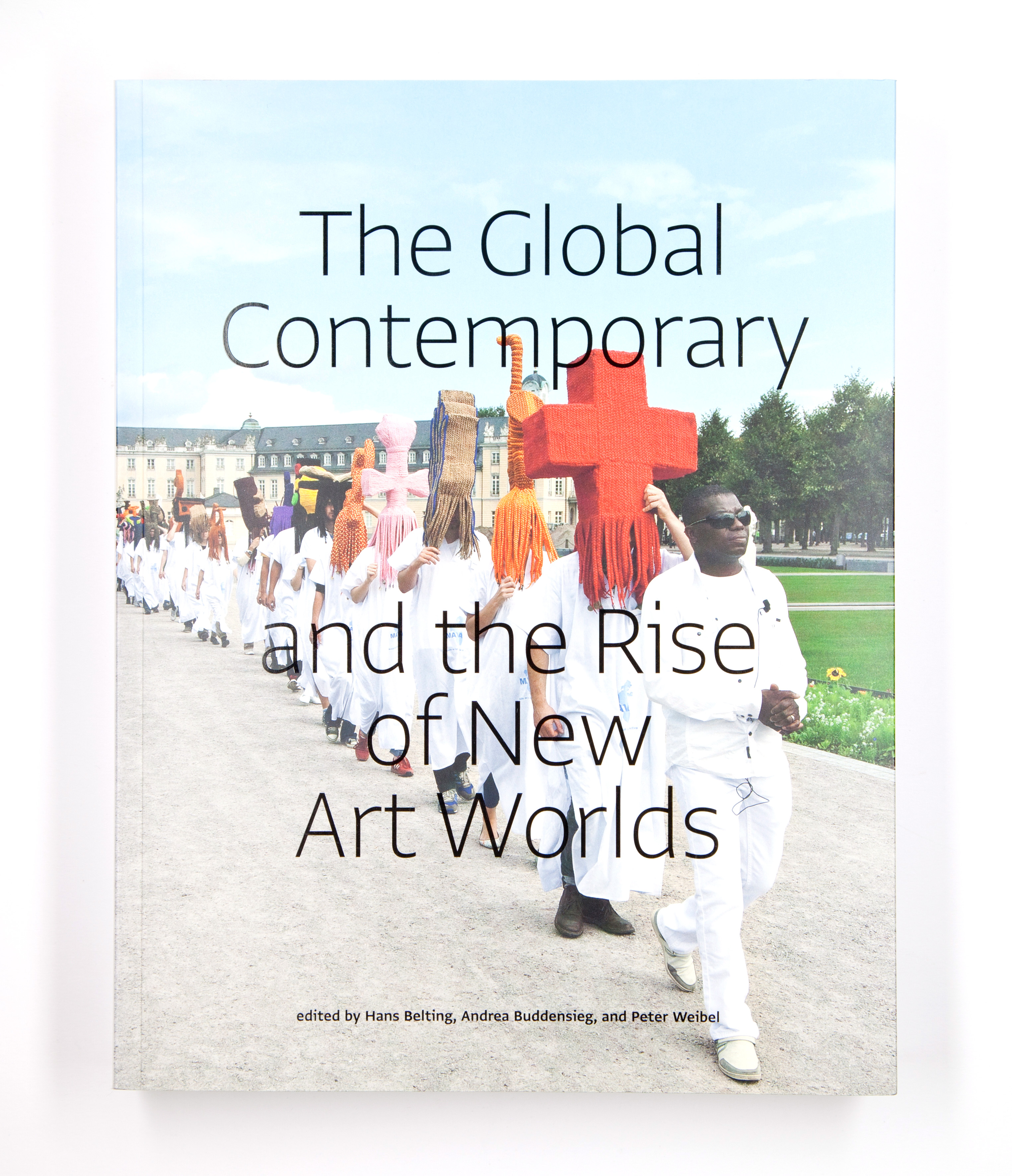 The Global Contemporary and the Rise of the New Art Worlds
The geography of the visual arts changed with the end of the Cold War. Contemporary art was no longer defined, exhibited, interpreted, and acquired according to a blueprint drawn up in New York, London, Paris, or Berlin. The art world distributed itself into art worlds. With the emergence of new art scenes in Asia and the Middle East and the explosion of biennials, the visual arts have become globalized as surely as the world economy has. This book offers a new map of contemporary art's new worlds and documents the globalization of the visual arts and the rise of the contemporary over the last twenty years. global aCtIVISm
Today political protest often takes the form of spontaneous, noninstitutional, mass action. Mass protests during the Arab Spring showed that established systems of power - in that case, the reciprocal support among Arab dictators and Western democracies - can be interrupted, at least for a short moment in history. These new activist movements often use online media to spread their message. Mass demonstrations from Tahrir Square in Cairo to Taksim Square in Istanbul show the power of networked communication to fuel »performative democracy« - at the center of which stands the global citizen. Art is emerging as a public space in which the individual can claim the promises of constitutional and state democracy. Activism may be the first new art form of the twenty-first century.global aCtIVISm (the capitalized letters form the Latin word civis, emphasizing the power of citizens) describes and documents politically inspired art - global art practices that draw attention to grievances and demand the transformation of existing conditions through actions, demonstrations, and performances in public space. Essays by leading thinkers - including Noam Chomsky, Antonio Negri, Peter Sloterdijk, and Slavoj Zizek - consider the emerging role of the citizen in the new performative democracy. The essays are followed by images of art objects, illustrations, documents, and other material (first shown in an exhibition at ZKM Center for Art and Media, Karlsruhe) as well as case studies by artists and activistsReviews"I'm surprised i'm even writing this but Global Activism: Art and Conflict in the 21st Century has brought back my faith in the perceptivity of the art world. I feel like i've been reading books and visiting exhibition about art and activism almost every week over these past few years. [...]Global Activism breaks the mold of art's self-complacency and pretend solicitude for the miseries of the world. The publication not only looks at creative interventions that have had a real impact on consciences, media and political status quo, it also gives equal credits to the man on the street' and to the artist for the way they challenge established power systems and express their dissatisfaction with the way governments handle immigration, climate change, corruption, growing social inequality, access to health care and other ongoing issues.Another outstanding quality of the book is the way it brings together and without any hierarchy the usual art suspects (The Yes Men, Pussy Riot, The Surveillance Camera Players, Adbusters or Oliver Ressler, for example), the big NGOs (Amnesty International or Greenpeace) but also actors who are not so well-known internationally such as Ed Hall and his magnificent protest banners as well as many artists and citizen initiatives from Russia, Ukraine and the Middle East. The African continent remains, as often, under represented though." - Regine, "Global Activism: Art and Conflict in the 21st Century", March 25, 2015 Buffalo Heads. Media Study. Media Practice. Media Pioneers.
In the 1970s and 1980s, the Department of Media Study at the State University of New York at Buffalo became one of these places of, teaching and mediating, in the area of Media Art, developing into what was perhaps to the most influential school for media in the twentieth century. Teaching there under the leadership of the founder Gerald OGrady were the (meanwhile canonized) structuralist, avantgarde filmmakers Hollis Frampton, Tony Conrad, and Paul Sharits, documentary filmmaker James Blue, video artists Steina and Woody Vasulka, and Peter Weibel.